California Commission on the 21st Century Economy Issues its Recommendations

The California Commission on the 21st Century Economy released its final report on September 29, 2009. The Commission recommended a five-year phase-in plan for the changes beginning in 2012 to “smooth the process and limit the impact on any particular sector of the economy.”

In sum, the recommendations made to Governor Schwarzenegger and the Legislature are:

*Reduce the personal income tax (PIT) for every taxpayer by reducing the number of tax brackets from six to two.  The new rate would be 2.75% for taxable income up to $56,000 for joint filers ($28,000 for taxpayers filing as single) and 6.5% for taxable income above $56,000.  That is, if a married couple filing jointly had a total of $100,000 of taxable income, the first $56,000 would be subject to tax at 2.75% and the remaining $43,000 would be taxed at 6.5% for a total tax of $4,335. However, buried in the recommendations is an elimination of all tax credits (except for other states’ tax credits), retention of the 1% millionaire income tax surcharge and an overhaul of itemized deductions.  The latter would be limited to mortgage interest, property taxes and charitable contributions.  The standard deduction for filers not itemizing their deductions would be set at $45,000 for joint filers and $22,500 for single filers. These changes retain the progressive nature of the PIT but reduce the income tax paid by an estimated 29%.

*Repeal both the corporation tax (currently at 8.84%) and the minimum $800 franchise tax.  [Under this recommendation, the bank in lieu tax of 2% is retained. It appears that the S Corporation tax rate of 1.5% would also be repealed.  Also noted in the Report is the fact that net operating losses, R&D credits and Enterprise Zone credits and deductions need to be addressed.]

*Add a new Business Net Receipts Tax (BNRT), not to exceed 4%, applied to the net receipts of businesses defined as “gross receipts less purchases from other firms.” Small businesses with less than $500,000 in gross annual receipts would be exempt from this tax.  This tax would have a much broader base than the sales tax since it would apply to goods (tangible personal property) and services, as well as to sales into the state by businesses located outside the state, even though these businesses may not have a physical presence in the state.  The latter will almost certainly be challenged in court as unconstitutional.  The BNRT would be deductible against federal taxes.  Research and Development (R&D) credits would be allowed.  Noticeably absent is a payroll deduction; and, the payroll for many businesses is significant and should prove to be bone of contention when this recommendation is debated in the Legislature.  Financial institutions and banks would not be allowed to deduct interest payments.  The BNRT would not apply to insurance companies which would remain subject to the gross receipts tax. However, the BNRT would apply to unrelated business activities of exempt organizations like credit unions.  For multistate businesses, the concepts of unitary method, waters-edge method, unitary group combination, business and non-business receipts, and the Finnigan Rule would all be retained; but combined aggregate business net receipts of a unitary group or a single business with multistate operations would be apportioned using single-factor sales.  The BNRT would be phased in beginning in 2012 and the tax rate would be incrementally increased each year through 2016.

*Create an independent state tax administrative body headed by a judge for resolving tax disputes with the state. Appeals to Superior Court after a decision is rendered would be allowed for both sides.  Thus, the tax agencies, i.e., the Franchise Tax Board (FTB) and the Board of Equalization (BOE) would be allowed to appeal.  Currently, these tax agencies cannot appeal if either loses its hearing before the five-member BOE.

*Strengthen the Rainy Day Reserve Fund by increasing the target from 5% of revenues to 12% and restrict the Legislature’s and Governor’s ability to tap this fund so that the reserve is available during a recession.

In addition to these recommendations, the Commission also proposed the following:

*The state should permit new oil leases with royalty revenues going to the reserve fund.

*Adopt a minimum tax of 1% of adjusted gross income (AGI), or $100, whichever is less paid annually by April 15 and imposed on all adult residents.  Businesses would be required to pay a minimum tax of 1% of income or $100, whichever is less, annually by each business’s filing deadline.  To quote the report:  “It is important for adults and businesses to contribute to the tax system to some degree.  Paying taxes gives people a stake in how tax money is spent.”

* Merge the Board of Equalization and the Franchise Tax Board into a new Department of Revenue headed by a Secretary of Revenue appointed by the Governor.

This is a drastic change for California to say the least.  Let the debate and games begin!  One group that is sure to win – Lobbyists! 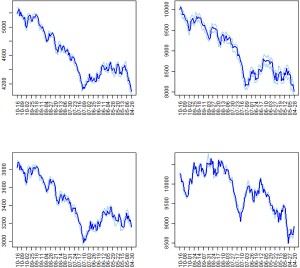