Rex Halverson & Associates has now consulted on 12 successful Enterprise Zone applications over the years. With only 42 zones in the state, our firm has emerged as the clear leader in the industry. 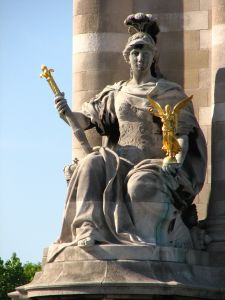 In addition, we recently represented a multi-state company in its sales and use tax appeal to the BOE that was decided in favor of our client saving them hundreds of thousands of dollars.

We have also represented several clients in successful expansions of Enterprise Zones so as to include their business locations.

In another matter, we successfully appealed liens on bank accounts that were not community property resulting in a new BOE policy.

While at KPMG, LLP –

Achieved over $48 million in tax, penalty and interest savings for clients as  a result of protests and appeals and over $14 million in refunds of tax and interest;

Successfully argued before the BOE that bad debt refund claims should include “direct loans”;

Spearheaded successful effort to expand the California Board of Equalization Voluntary Disclosure Program to include use tax;

Represented clients in successful efforts to amend Regulation 1699 to include “buying companies” and Regulation 1620 to exempt from sales and use tax intermodal containers and railroad locomotives; and,

While at Bank of America –

Successfully handled hundreds of sales/use and property tax assessment appeals, audits and claims for refund (total savings and refunds amounted to over $18.5 million).

Drafted the bank in-lieu tax subvention formula and the acquisition sale leaseback language for legislative bills taht were passed by the California Legislature and signed into law.

Served on Governor Deukmejian’s Government Efficiency Team on Tax Expenditures and Reform in 1983 and championed the adoption of the supplemental roll to raise much needed revenue during a severe recession.  Closing this loophole in Proposition 13 raised over $450 million and was signed into law in record time.