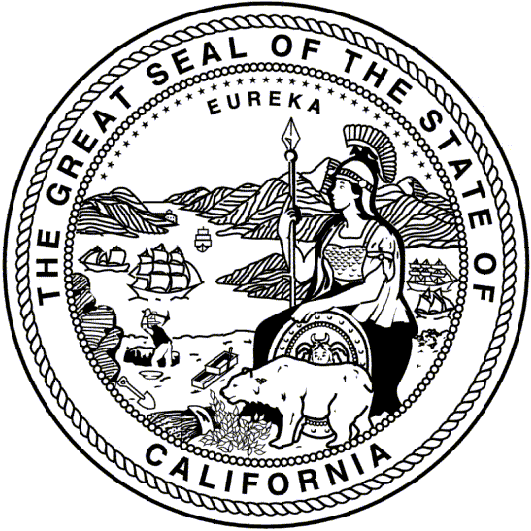 In 2007, Former California Deputy State Controller, Rex Halverson, a state and local tax attorney and founder of Sacramento’s Rex Halverson & Associates, filed a Flat Tax Initiative with the Attorney General’s Office to introduce the concept of a fundamental and critical tax overhaul for the State of California. The introduction of the Flat Tax Initiative was the first step in a multi-year strategy to generate public interest, debate and support.
The innovative initiative calls for the repeal of the California personal income tax, which is the highest rate in the country, and replaces it with an increased sales and use tax rate. Essentially, the overall sales and use tax rate will increase by 5.5%. The Flat Tax Initiative will also repeal withholding and information reporting. In order to partially offset the increase in sales and use taxes paid by companies that will not benefit from a repeal of the personal income tax, there is a provision in the initiative that calls for the reduction of the corporate franchise/income tax rate by 1.84% and a tax rate decrease of 0.3% for subchapter S corps. In addition, there is a sales and use tax exemption for manufacturing equipment which will encourage manufacturing in California and most importantly, create new jobs in the state.

While the idea is not new, the combination of pro-individual and pro-business tax cuts in an effort to reduce the size of government, i.e., the FTB, while streamlining the tax collection process is quite innovative. Says Halverson, “We need to make California more competitive in the global economy while encouraging our citizens to save money, and a flat tax based directly on personal consumption will do exactly that.” California has never allowed its citizens the opportunity to vote for a flat tax. Halverson believes that California voters will welcome the opportunity to vote on a Flat Tax Initiative as the personal income tax system currently in place is grossly unfair. “Our current income tax system is too complicated, punitive and intrusive.  Further, it contains countless loopholes for special interests and multiple pitfalls for the unwary, such as the alternative minimum tax and a 50% interest penalty,” says Halverson.

The Flat Tax will apply equally and fairly to all residents, non-residents, illegal residents, large corporations and small businesses. Halverson says, “Even tax cheats who do not report income or grossly inflate deductions and credits to evade taxes will, with the adoption of the Flat Tax Initiative, have to pay just like everyone else in order to support California’s infrastructure.”

If adopted, the Flat Tax Initiative will close the State Tax Gap and allow the Legislature to better forecast future revenues in order to balance the State budget. In addition, adoption of the Flat Tax Initiative will allow the Franchise Tax Board to cut at least 5,000 of its current staff that has now swelled to nearly 6,900 employees. Furthermore, it does not require the hiring of additional Board of Equalization staff to collect the higher sales and use taxes as the sales tax collection system is already in place.

An added benefit, says Halverson, would be that adoption of the Flat Tax Initiative may stem the tide of innovative entrepreneurs and business leaders who are contemplating moving their companies to states like Nevada or Washington, states with no personal income tax. Keeping entreprenurial talent, and business and industrial leadership in our state will provide substantial tax revenues and create desperately needed  jobs for Californians.

If you support the opportunity to vote on the Flat Tax for all Californians, your input and support are appreciated as we look forward to the 2010 ballot. You can contact me at 916-444-0015 or at rhalverson@halversontax.com.

The actual proposed text is below.

(a) Our state Revenue and Taxation Code provides for the taxation of personal income, corporate income and gross receipts or sales price of tangible personal property sold in California or sold to a person for use in California.

(b) These three taxes, commonly referred to as the California Personal Income Tax, the Corporate Franchise/Income Tax and the Sales and Use Tax are not all of the taxes imposed by our California Legislature; but, these three are the only ones that are the subject of this Flat Tax Initiative.

(c) The statutory provisions for taxation of personal income are contained within Revenue and Taxation Code sections 17001 to 18181 inclusive.

(d) The general statutory provisions relating to returns of individuals, fiduciaries, banks, corporations and all persons, plus information returns, withholding and voluntary contributions are contained within Revenue and Taxation Code sections 18401 to 18872 inclusive.

(f) The statutory provisions for taxation of gross receipts or sales price of tangible personal property are contained within Revenue and Taxation Code sections 6001 through 7176 inclusive.

(a) California law allows for the repeal of statutes by initiative.

(b) The California Personal Income Tax Law largely conforms to the federal Internal Revenue Code; yet over 550 separate statutes within the California Revenue and Taxation Code are still required to implement the California Legislature’s variations, or departures from or conformity to federal law.

(e) California’s overall personal income tax burden as measured by tax liabilities per $100 of personal income is $3.07 which is far above the average of $2.40 for all states.

(f) Over 70% of the tax liabilities are paid by married couples filing jointly.

(h) According to FTB data, 350,000 PIT audits were conducted in 2006 and the FTB assessed taxpayers $845 million as a direct result of these audits.

(i) The FTB bureaucracy has grown to over 6,900 employees and there is no sign of this growth slowing.

(k) California has no fewer than 4 other agencies that collect taxes, i.e., the State Board of Equalization (BOE), the Employment Development Department (EDD), the State Controller’s Office (SCO) and the Department of Motor Vehicles (DMV) and these agencies employ over 17,850 employees.

(l) In sum, the California Personal Income Tax has become outdated, too complicated, unwieldy, highly progressive (meaning that the last dollar of income earned is subject to increasingly higher marginal tax rates as income increases until the last bracket is reached), too expensive to administer, too intrusive, punitive and grossly unfair.

(m) Neither the Legislature nor the FTB has done anything to correct this ongoing problem; and, in fact, have made our tax system more punitive to taxpayers via the alternative minimum tax and the 50% tax amnesty interest penalty.

(n) The Flat Tax will bring to an end state income tax withholding. Instead, we will all pay as we go.

(o) The proposed Flat Tax will be a significant blow to the underground economy that now thrives in our great state and resulted in the loss of $6.5 billion in tax revenue in 2004 according to the FTB’s own calculations. This is commonly referred to as the “Tax Gap”.

(q) The Flat Tax does not discriminate as it will apply to every person whether they are a citizen, resident alien, nonresident alien, illegal alien, visitor, small business or large corporation purchasing goods in California.

(r) The Flat Tax will eliminate the ability of the rich to avoid paying their fair share of taxes by exploiting loopholes in the Personal Income Tax Law.

(s) Repeal of the Personal Income Tax and replacing it with the Flat Tax will allow for a substantial reduction in the number of FTB employees, saving millions of taxpayer dollars related to salaries, office space, furniture, computers, software, state-owned vehicles, equipment, supplies, pensions and benefits.

(t) The Flat Tax will not require the hiring of any additional BOE tax auditors or BOE employees as the Sales and Use Tax is already collected by retailers or self-assessed by purchasers and remitted to the BOE on a monthly, quarterly or annual basis depending on the amounts collected. In other words, the tax collecting and audit infrastructure is already in place and works well. Thus, the Flat Tax will greatly simplify tax collection.

(u) The Flat Tax will eliminate the inherently volatile revenue swings that now occur almost every year due to uncertain stock options and capital gains.

(v) The California Legislature will finally be able to more accurately predict the tax revenues each year. Thus, the annual California budget process will be greatly enhanced.

(w) The Flat Tax will restore confidence in our tax collection structure and the reputations of the tax collection agencies and the California Legislature.

(x) The Flat Tax will result in reducing the General Fund revenues available to the California Legislature to spend. However, in 2004, the PIT generated $38 billion in revenue or 50% of the General Fund per the FTB; yet taxpayers only reported $30.37 billion in tax liability on their tax returns for 2004. The increase in the state portion of the sales and use tax rate is estimated to generate a similar amount of revenue, i.e., $30 billion.

(y) Because the Flat Tax will actually increase the tax burden of corporations doing business in California, a corresponding corporate franchise/income tax rate reduction and a sales and use tax exemption for manufacturing equipment is also part of this initiative in an attempt to make the “Flat Tax” more revenue neutral to the business community.

(z) Therefore the people of the state of California hereby enact the “California Flat Tax Act.”

(b) Revenue and Taxation Code sections 6051 and 6201 are amended to increase the total state portion of the Sales and Use Tax rate by 5.5%; so, the combined state and local tax rate will then vary between 12.75% and 14.25% depending on the applicable sale and use tax rate imposed by a city, county, or city and county, or special taxing district within the state.

(c) Revenue and Taxation Code section 6377 is added to exempt tangible personal property purchased by use in any stage of the manufacturing process.

(d) Revenue and Taxation Code section 23151 is amended to reduce the tax rate paid by corporations by 1.84 percent or from 8.84 percent to 7 percent.

(e) Revenue and Taxation Code section 23455 is amended to reduce the tentative minimum tax rate paid by corporations by 1.13 percent or from 6.65 percent to 5.52 percent.

(f) Revenue and Taxation Code section 23802 is amended to reduce the tax imposed on S corporations by 0.3 percent or from 1.5 percent to 1.2 percent.

This section shall be self-executing. No amendment to this section may be made except by a vote of the people pursuant to Article II.

This section shall become effective at 12:01 AM on January 1 following the election pursuant to section 10(a) of Article II.