(a)            Our state Revenue and Taxation Code provides for the taxation of personal income, corporate income and gross receipts or sales price of tangible personal property sold in California or sold to a person for use in California.

(b)            These three taxes, commonly referred to as the California Personal Income Tax, the Corporate Franchise/Income Tax and the Sales and Use Tax are not all of the taxes imposed by our California Legislature; but, these three are the only ones that are the subject of this Flat Tax Initiative.

(c)              The statutory provisions for taxation of personal income are contained within Revenue and Taxation Code sections 17001 to 18181 inclusive.

(d)             The general statutory provisions relating to returns of individuals, fiduciaries, banks, corporations and all persons, plus information returns, withholding and voluntary contributions are contained within Revenue and Taxation Code sections 18401 to 18886 inclusive.

(f)            The statutory provisions for taxation of gross receipts or sales price of tangible personal property are contained within Revenue and Taxation Code sections 6001 through 7176 inclusive.

(b)            The California Personal Income Tax Law largely conforms to the federal Internal Revenue Code; yet over 550 separate statutes within the California Revenue and Taxation Code are still required to implement the California Legislature’s variations, or departures from or conformity to federal law.

(k)            California has no fewer than 4 other agencies that collect taxes, i.e., the State Board of Equalization (BOE), the Employment Development Department (EDD), the State Controller’s Office (SCO) and the Department of Motor Vehicles (DMV) and   these agencies employ over 17,850 employees.  ‘

(l)            In the 2009 CFO State Tax Survey of 116 corporate tax directors conducted by CFO magazine and KPMG, California ranked 50th (most unfair and unpredictable) out of the 50 states in overall tax environment.  In addition, the policies and systems of the California FTB and BOE ranked dead last amongst the states and “very negatively” influenced their firm’s decisions to locate or expand here.

(m)             In sum, the California Personal Income Tax has become outdated, too  complicated, unwieldy, highly progressive (meaning that the last dollar of income earned is subject to increasingly higher marginal tax rates as income increases until the last bracket is reached), too expensive to administer, too intrusive, punitive and grossly unfair.

(n)            Neither the Legislature nor the FTB has done anything to correct this ongoing problem; and, in fact, have made our tax system more punitive to taxpayers via the alternative minimum tax and the 50% tax amnesty interest penalty.

(p)             The proposed Flat Tax will be a significant blow to the underground economy that now thrives in our great state and results in the loss of $6.5 billion in tax revenue per year according to the FTB’s own calculations.  This is commonly referred to as the “Tax Gap”.

(r)            The Flat Tax does not discriminate as it will apply to every person whether they are a citizen, resident alien, nonresident alien, illegal alien, visitor, small business or large corporation purchasing goods in California.

(s)            The Flat Tax will eliminate the ability of the rich to avoid paying their fair share of taxes by exploiting loopholes in the Personal Income Tax Law.

(t)             Repeal of the Personal Income Tax and replacing it with the Flat Tax will allow for a substantial reduction in the number of FTB employees, saving millions of taxpayer dollars related to salaries, office space, furniture, computers, software, state-owned vehicles, equipment, supplies, pensions and benefits.

(u)            The Flat Tax will not require the hiring of any additional BOE tax auditors or BOE employees as the Sales and Use Tax is already collected by retailers or self-assessed by purchasers and remitted to the BOE on a monthly, quarterly or annual basis depending on the amounts collected.  In other words, the tax collecting and audit infrastructure is already in place and works well.  Thus, the Flat Tax will greatly simplify tax collection.

(v)             The Flat Tax will eliminate the inherently volatile revenue swings that now occur almost every year due to uncertain stock options and capital gains.

(w)             The California Legislature will finally be able to more accurately predict the tax revenues each year.  Thus, the annual California budget process will be greatly enhanced.

(y)             The Flat Tax will result in reducing the General Fund revenues available to the California Legislature to spend.  For the tax years, 2000-2007, the personal income tax liability reported by taxpayers was as follows:

The increase in the state portion of the sales and use tax under the Flat Tax is estimated to generate $30 billion in revenue.

(z)             Because the Flat Tax will actually increase the tax burden of corporations doing business in California, a corresponding corporate franchise/income tax rate reduction and a sales and use tax exemption for manufacturing equipment is also part of this initiative in an attempt to make the “Flat Tax” more revenue neutral to the business community.

(aa)            Therefore the people of the state of California hereby enact the “California Flat Tax Act.”

(b)            Revenue and Taxation Code sections 6051 and 6201 are amended to increase the total state portion of the Sales and Use Tax rate by 5.5%; so, the combined state and local tax rate will then vary between 13.75% and 15.75% depending on the applicable sale and use tax rate imposed by a city, county, or city and county, or special taxing district within the state.

(c)             Revenue and Taxation Code section 6377 is added to exempt tangible personal property purchased by use in any stage of the manufacturing process.

This section shall be self-executing.  No amendment to this section may be made except by a vote of the people pursuant to Article II.

This section shall become effective at 12:01 AM on January 1 following the election pursuant to section 10(a) of Article II. 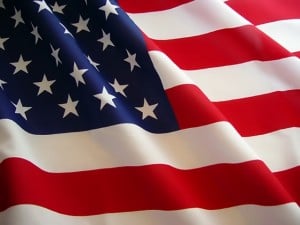